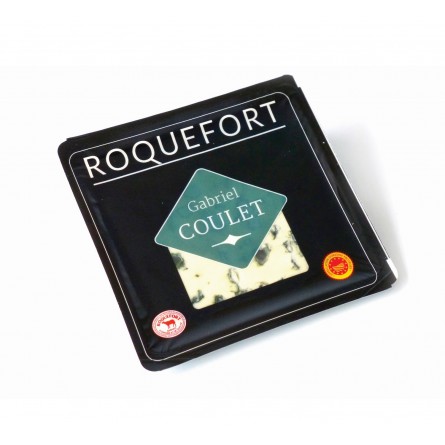 A favorite among kings and popes, Roquefort is a classic blue mold cheese is made from sheeps milk and is easily recognized by its blue veins stretching across its moist and crumbly body. It is creamy and aromatic, complex and intense, with sharp and tangy nuances. While the unique characteristics of Roquefort are largely imparted from aging in caves near Toulouse in the southern part of France, the milk of the Lacaune sheep also plays a large role in the outcome of flavors. Grazing on pastures in Occitanie, the sheep are known to produce milk of sturdy character, rounded flavors and a high yield.